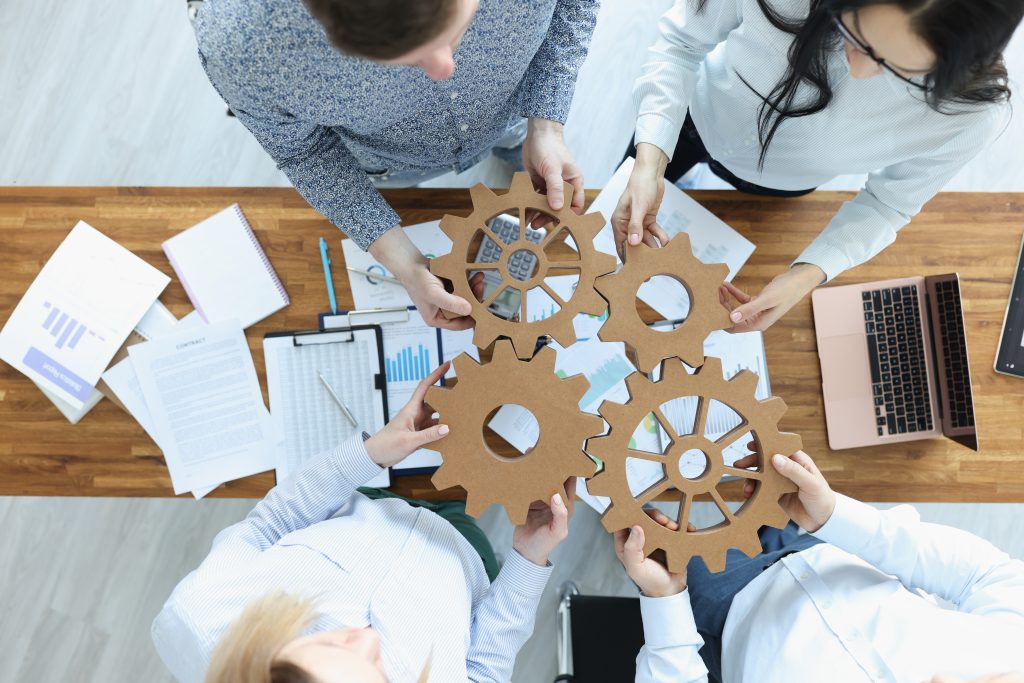 If you’re in construction, you need to know how to MOBILIZE

The construction industry can only cope with continued global economic disruption if it learns how to work faster, more efficiently and with a much stronger culture of collaboration. And the key to achieving that is ‘mobilization’. To demonstrate what that means, Connor Butler reveals the extraordinary story of the business that led the response to the COVID-19 crisis in Ireland.

On St Patrick’s Day 2020, Billy Glennon experienced every business owner’s worst nightmare. As COVID-19 brought the rapid imposition of lockdown restrictions across the globe, Billy found himself fielding call after call from clients postponing or cancelling his company’s projects around the world. Within days, his entire project workforce had returned home – and his revenue had vanished.

Billy is CEO of VISION Consulting, an international organization based in Dublin that helps businesses transform their operational practices, leadership, and culture. He is also a mentor to me and a Director of the Relevate entity in Ireland.

Hearing Billy tell his story in the latest episode of my People Build Projects podcast came as a shock to me because I hadn’t realized quite how swiftly his business, built up over many years, had suddenly found itself on a cliff’s edge, with no active projects. Yet what was even more striking was the way that Billy and his organization bounced back – and played a leading role in Ireland’s response to the COVID-19 crisis.

“The experience of taking those calls from the clients is burnt into my soul,” says Billy. “Suddenly, there I was with about 60 people coming back from different parts of the world. I remember thinking that this was the only time in my life that I’d had no business. Even when I started out on my own, I had a contract to build on. It was frightening.”

But when the wife of a former client got in touch, an opportunity quickly arose – not to make money but to help tackle the global crisis. She was working with the Irish health service and seeking urgent support in setting up the nation’s contact tracing project. Billy donated two members of his team, at no charge, to help. And once they had come up with a plan to quickly establish a network of call centers, he donated a further eight staff pro bono to make it happen.

VISION’s success and commitment then saw them engaged more formally to work on the roll-out of the center’s, and then the hugely challenging national vaccination programme. The figures for this are impressive – VISION delivered four million vaccines to 2,300 medical practices and pharmacies in just 12 months.

“We didn’t profit from the situation,” says Billy. “I’d made the projection that if I could keep our losses to less than €1m for the year, I might be able to keep the team together. This was a unique time in the world. There was a collective global mindset to solve the problem of the virus, which meant people interacted with each other with a freedom and respect that you don’t get in the normal commercial environment.”

Nonetheless, VISION’s work demonstrated an agility that has since seen them heavily in demand – in Ireland, the UK and the US. Having worked closely with them, I’ve seen their ability to bring about rapid results in complex situations. It’s a discipline that Billy calls ‘mobilization’.

As well as VISION’s own work with the Irish health service, Billy cites the success of the big pharma firms such as Pfizer as a shining example of mobilization in practice. And in simple terms, he explains the process in terms of four key characteristics:

I believe that there’s a lot that the construction world can learn from this. Even before the pandemic crisis came along, we were struggling to cope with the shortage of skilled workers. That situation has now gotten a whole lot worse, and been exacerbated by the supply chain crisis and price inflation. We need fresh ideas to create a much stronger culture, and sense of trust and collaboration within the construction world. And VISION, which also works on major capital projects, has shown time and time again the extraordinary efficiencies that can be brought about through their mobilization strategies.

Do the construction projects that you’re working on have an over-arching goal that everyone is inspired by and committed to? Are you able to manage workstreams in parallel, rather than teams having to wait on one another before they take their place on the production line? Are you able to get projects up and running straightaway without months of wrangling cover contracts? And is everything genuinely streamlined according to the goal and the satisfaction of the customer?

Achieving all this may seem idealistic; naïve even – but it is possible, and Relevate and VISION can show you how. Of course, there is more to it than simply decided you’re going to make those four steps happen. Successful mobilization requires a transformation of culture, trust and collaboration. But without it, a lot of construction firms are going to find themselves stuck in the mud. It’s time to think about it now.

Want to hear more? Check out my People Build Projects podcast series In Episode Five , you can hear Billy tell me his story in person.