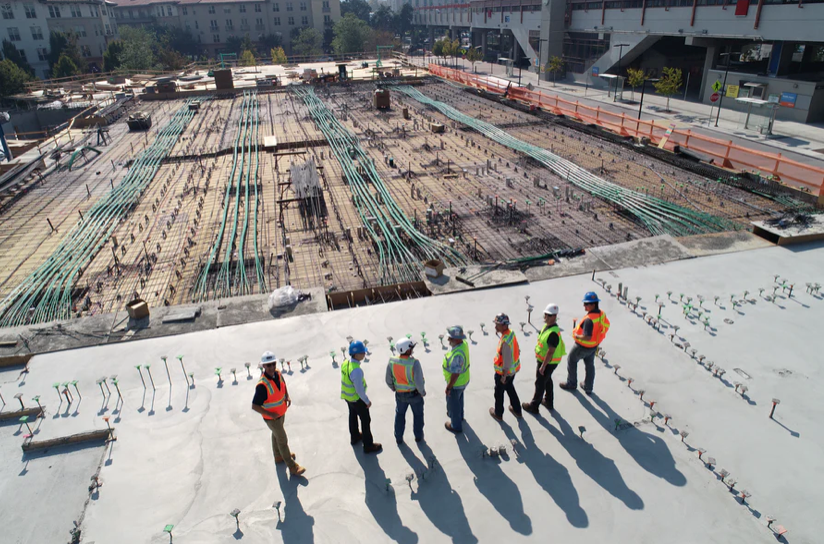 How to Double Your Productivity

Without having to try super hard 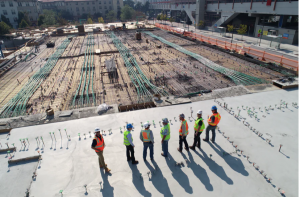 The issues around low productivity in construction are longstanding and deep-seated. So too are some of the myths that suggest the problem is caused by workers not working hard enough. The frustration for Connor Butler is that these myths persist while solutions that have been around for decades, such as Little’s Law and the Kingman Equation, often remain overlooked. Here’s his guide to some of the thinking that has enabled Relevate to increase clients’ productivity levels by up to 50%.

When I was on summer breaks at college, I worked on a concrete forming crew. It was a way for my parents to make sure I stayed motivated in my studies, and it made sense – manual labor in Phoenix in the summer is no fun at all. In my first week, this guy came up to me and said: “You need to fill that hole over there.” I looked around and all I could see was a big hole that that the concrete trucks poured their leftover mud into. So, I found a place where I could dig dirt up and then I put it in the hole. I’d done about three or four wheelbarrows when the guy came over and he said: “What the hell are you doing? That’s not the hole I’m talking about.”

He started pointing at the hole he had meant me to fill but I couldn’t see it. So he had to make it even simpler for me until I could see this air gap of maybe an inch in the aggregate on the ground. That’s what he was talking about. I couldn’t see it at that moment but, by the end of the first summer, I could see them on my own and didn’t have to have them pointed out to me. Obviously, you develop a lens for this kind of stuff, whichever profession you’re in.

But these are the silly kinds of issues that can contribute to productivity issues on construction sites. It’s not that people are goofing around, it’s just that sometimes they’re working on things that you wouldn’t want to pay them to do. If you walk really fast to go searching for a wrench in a big pile of stuff, you may look really busy. But your time would be much better spent if the wrench was right by you when you started. In my experience, a lot of people that manage construction are focused on creating ‘busyness’ rather than creating added value. You’re not adding value if there are unnecessary delays and the work isn’t done right the first time.

We’ve all heard the horrified stories from people outside the industry looking in: “I just passed a construction site. I swear, for everyone person working there were four just standing there watching him.” But if you look at the stats, construction workers do spend about a quarter of their day just hanging around waiting for things – and that figure just kills me. I don’t know why we put up with it but I guess the temptation is to just shrug our shoulders and think ‘well, that’s how construction works’.

One thing’s for sure. We shouldn’t be blaming the workers. I’ve worked on a lot of construction sites since that time when I filled the wrong hole. Generally speaking, the workers want to do a good job and they want to see things get done around them. And if you don’t believe me, check out Edwards Deming, the engineer responsible for the still-influential ’14 Points for Management’, written in 1982. In it, he said:  “Allow everyone to take pride in their work without being rated or compared. Over time, the quality system will naturally raise the level of everyone’s work to an equally high level.”

Through rigorous planning across a team, we can double the productivity of construction projects for our clients – without even trying super hard. Some of the techniques we use are relatively new, yet many of the theories that we draw upon were first identified 70 years or more ago. Just like the world of physics, the world of construction has laws that always hold true when it comes to productivity. It’s just a shame we don’t all use them more.

Take Little’s Law, developed by MIT professor John Little in 1954. Little’s Law says that the amount of time that it takes you to get anything done is equal to the amount of tasks or projects that you’re working on, divided by your capacity to do the work.

This is currently a huge topic for us with one of our utilities clients. They have protocols in place to tackle the terrible things that happen to people’s homes when the sewers back up. And these protocols are designed with the very best of intentions. But then they had unusually big storms this summer that flooded a lot of homes, significantly increasing their workload – and this led to their productivity dropping off. Their desire to show that they cared by trying to tackle everything at the same time was preventing them from getting the work done as quickly as possible. The less things you are working on at the same time, the faster you can complete the overall workload. When they switched to following Little’s Law, everyone benefited.

The Law of Variation

Then there’s the Law of Variation. This tells us that the higher the rate of variability in a system, the worse it’s going to perform. And it’s absolutely true. Variability in construction shows up in many different ways – for example, the length of time it takes to get an RFI answered, the extent of delays in materials showing up, or even the variability of the weather. By focusing on reducing variability wherever and however you can, you will hugely increase productivity.

The Law of Bottlenecks

Meanwhile the Law of Bottlenecks shows that the slowest step in the process will determine the overall production rate. So if I gear up with 50 electricians but only have two mechanical contractors, I have a problem. The electricians can only do the work as fast as the mechanical contractors do their bit. I can have as many electricians as I want but it won’t mean the building is finished any quicker. Yet we see bottlenecks like this all the time in construction.

The Kingman Equation
Another useful law is the Kingman Equation, developed by UK mathematician Sir John Kingman in the 1960s. This gives you an approximate waiting time for the parts of a single process based on its utilization and variance. The twist is that the closer you get to 100% utilization with high variability, the slower the work gets until it finally grinds to a halt. A simple way of explaining this is to ask what you call a freeway at 100% utilization? The answer’s a parking lot. That’s why the amount of traffic getting on to US freeways during rush hour is often staggered, reducing the variability at which vehicles enter the system to help everything move more freely, despite the high volume of traffic.

The likes of Sir John Kingman and Professor John Little have long since passed, but we should keep their wisdom alive. It’s in everyone’s benefit to explore and utilize their thinking to boost productivity.

Want to hear more? Check out my People Build Projects podcast series. In this episode, I take a deep dive deep into productivity with a true expert in the field – fellow Revelator Ed Powell.